So, I never intended for this blog to contain any useful information about anything in particular, but as time goes on my repository of knowledge about various things has started to include some of what others may actually consider useful, so I suppose I will go back on my intentions for the good of the masses. At any rate, I spent a good deal of time figuring this out and would like to put it somewhere before I forget.

The AMC straight six has been produced (in some form) from 1964 to 2006, an amazing 42 years of service (AMC had an earlier flat-head I6 they produced from 58-65). Well known by AMC aficionados and Jeepers alike, the AMC I6 was produced in essentially three incarcerations — the 199/232, the 232/258 and the 4.0. The 199 and 232 were produced from 1964-1970, and were the exact same engine with a different stroke to provide the different displacements. In the 1970s AMC stopped producing the 199, and raised the deck height of the 232 by 1/8″ to accommodate the 258, simply the 232 with a longer stroke. This engine was produced with little change until 1986 (the 232 stopped being produced in 1979). In 1987 the AMC I6 got its first major overhaul in years. Although in some ways a different engine than the earlier 258, the 4.0 retained much in common with its ancestor. The connecting rods from a 258 can be used in a 4.0L to give a 4.5L engine. With slight modification, the head from a 4.0L can be used on the earlier I6 series. In 1991, another change was made to the 4.0 to give better flow through the head, increasing horsepower. Other minor changes were made in the life of the engine as time went on before its final discontinuation in 2006.

So, seeing the amount of compatibility between the AMC I6 engine, I wondered if I could fit a fuel injection system from a later model I6 on my 75 AMC 232. I found someone on ebay selling a fuel injection manifold he claimed had been installed on his 258. Taking a chance, I bought it hoping it would fit on my AMC. Although I didn’t actually take my manifold off to check, by comparing various photos and the manifold gaskets I had purchased, I could see fairly clearly that it would not. Since the manifold was useless to me, I decided to try and find out what it would fit, so I could proceed to sell it on ebay. After some extensive search, I came up with the following. Note that this is based on heresay and photographic evidence, and NOT experience. While I think this information is accurate, don’t come complaining to me that the intake from that 1986 Spirit didn’t fit on your 1965 Rambler American.

There are what I would call three eras of intake (and exhaust) manifolds. 1965-1986, 1987-1990, and 1991 and up (I should note that I didn’t check much after 1993, but I don’t think there’s much if any difference to the bolt patterns and such, although another change was made in the head around 96-98 to lower the flow through the heads, so there may actually be a difference.).

The 65-86 era is a huge span, and as you’d expect, there are some changes in those years. However, the bolt patterns and shapes of the ports did not change, so an 86 intake should bolt up to a 65 head without any trouble. The differences are that in 1965-1972 there were no federal emissions requirements, and as such the intakes and exhausts had no EGR valves. In 73 the EGR valve was added, so the manifolds were changed to allow exhaust gas to be recirculated into the intake manifold. During 1973-1980 this consisted of some kind of port between the exhaust and intake, with a gasket between the two. In 81 it seems this was changed somehow, and from 1981-1986 the intake and exhausts were separate, IE there was no gasket between them. There was an EGR valve however, so I presume there was some sort of tube between the two to allow the recirculation of the exhaust gas.

1986 saw the introduction of the 4.0, and as you might expect, the manifolds changed. Although the bolts are actually fairly close between the 4.0 and the 199/232/258, the shapes of the ports are completely different. The exhaust ports are round or nearly so, and the intake ports have an additional jut-out on top to allow some room for the injector stream from each intake port.

1991 is the year where the 4.0 was reworked to produce the 4.0 HO model (high output). This was done mostly by changing the shape and flow of the heads, as well as a new camshaft, and computer improvements. As you might expect, the intake ports changed once again. However, the change wasn’t major. I would describe it as moving the bottom half of the intake up while keeping the top in the same position. Not quite a squash since the top didn’t really change much, but almost. The exhaust looks exactly the same. From what I’ve heard, the earlier 87-90 intakes and exhausts work fine on the later model heads, with one exception. One bolt (I’m not sure which) was moved slightly, so in order to allow the bolting up of the older head, you must use a smaller size stud in this hole or somesuch. I’m not quite sure how this works exactly, since to be honest I didn’t look into it much, but I’ve heard no claims to the contrary that it cannot be done.

So there you have it. A stock fuel injection manifold will not fit on your Rambler American, or any other 65-86 era AMC or Jeep, unless you perform a head swap from a 4.0L engine (or perform extensive modifications to the manifold). However, an intake from 65-86 should be interchangeable on any AMC/Jeep I6 from that same span, with the provision that the exhaust and intake may not mate up perfectly if you put an intake with an EGR valve on an exhaust that did not have one, etc. Manifolds from the 87 and up era should be similarly interchangeable, with the one caveat of the different bolt position.

So go forth, change manifolds, be happy, and don’t come to me if I was completely wrong because the bolts were in a different place in 1968 and 1984. 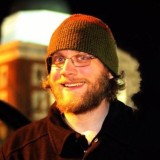 1 reply on “Much ado about AMC and Jeep intake manifolds”

Hi, thanks for the rather unbiased AMC inline six information. (I’m looking for pics of a new/well restored 232 Gremlin engine compartment on the Internet…) I have a 2nd Gremlin that needs it’s engine redone so I’ve been checking around to see how much parts are to build my own low cost 258 with a few modifications for a bit more torque. Come to find out, as I understand it, the early 199/232s had a smaller combustion chamber head with large ports & (Nash style) shaft mounted rockers. About when AMC raised the deck height for ’71, a new head was developed having an open chamber with lower compression and smaller ports. Apparently the smaller ports were to increase port flow velocity to help compensate for the reduction in compression? The post ’71 shaft mount rocker sixes were converted (Oldsmobile style) to the ‘bridge mounted’ rockers for ’73 (as were the V8s). In ’79 AMC introduced revised castings to reduce overall engine weight. If I recall correctly (I remember when…) they were able to remove about 40lbs. What I didn’t know was apparently they changed the crank stroke slightly along with a slight change in rod length (perhaps only a machining dimension) which changes the piston to have a corresponding change in wrist pin height -so the aftermarket pistons are different prices for pre-’79 (about $250) and post-’79 (about $90!) -about a $150 difference. The ’79-up sixes have a fewer counterweight crank which some enthusiasts say is not as strong as the ’71/9 twelve counterweight crank. The ’79-up 258s could be had with a lighter weight two barrel aluminum intake and separated freer flowing exhaust manifold. The revised lighter weight ’79-up (’82-up?) head has shorter head bolts inside the valve cover area. The latter AMC sixes noticeably look different to one who is familiar with the earlier versions. As you began to describe (who can describe fully?), the last version, what everyone calls the ‘4.0’, was AMC’s metric version. For the metric version, AMC tweaked another engine weight reduction and power increase with a new fuel injection system, revising the engine again for it’s future expectations. I’m only an amateur AMC historian. The AMC six did undergo more than few changes as the years went by. The parts interchange factor is very good, but requires an in-depth study to catalog the various possible combinations. There is definitely room for further explanation and exploration of the AMC sixes’ potential. Personally, it seems satisfying to think that I might build my own ‘secret’ combination and do a little more exploring myself! Thanks for adding to my knowledge with your webpage. no need to reply